Posted on May 10, 2016 by Susanne Gustin tagged under Sexual Abuse of a Child 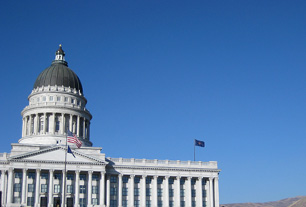 Child Sex Abuse Cases in Utah--Recently, KUTV Channel 2 TV reported that Utah ranks number one in child sex abuse cases nationwide.  Does Utah have a bigger problem than other states with child rape, aggravated sexual abuse of a child, child pornography and other child sex offenses?

Rod Decker and Larry Curtis pointed out that there were 6,900 child abuse cases in Utah in 2016.  Twenty seven percent of those cases involved child sex abuse, which was the "highest rate of any state."  One explanation for these high rates may be Utah's tough laws on child sex abuse and aggressive prosecution of perpetrators, the artice went on to say.

As an attorney whose caseload consists mainly of child sex cases--child rape, aggravated sexual abuse of a child, sodomy upon a child, etc.--it seems that more of these cases are being filed.  It seems that there has been an uptick in the filing of these cases over the last five years.  That is just my personal feeling based upon my law practice, but this report seems to bear out that fact.

I believe that people are much more aware of child sexual abuse than they were in the past.  Children are taught at school about "bad touching" and are told that if they are touched in their "swimsuit area," they need to tell an adult even if they are threatened by the perpetrator.  This awareness leads to more reporting by children of abuse to parents, teachers and other adults.

If you are being investigated for rape of a child, aggravated sexual abuse of a child, sodomy upon a child, child pornography or any child sex offense in Salt Lake City, Provo, Logan, Ogden, Vernal, West Jordan or any city in the State of Utah, give me a call.  I am an experienced attorney who will provide you with a free consulatation on your case.

Can an 18-21 year old be adjudicated in juvenile court instead of adult court?  Yes, as long as that 18-21 year old committed an offense while she was… read more
Child Sex Abuse Charges Often Arise In Context Of Divorce Aug 16, 2019

Many men going through a divorce who are involved in a hotly contested custody dispute find themselves facing serious charges of aggravated sex abuse of… read more
Modifications to the Sex Offender Registration: What You Need to Know Aug 30, 2017

It is imperative that individuals, who have been convicted of a sex offense or another crime that requires him or her to register as a sex offender, properly… read more