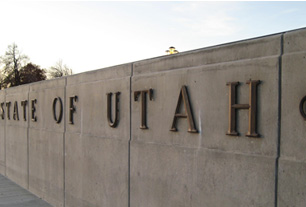 In state court, a defendant may be charged with 10-18 counts of possessing child pornography (sexual exploitation of a minor).  On a first offense, the prosecutor will generally offer to dismiss all charges except two sexual exploitation of a minor charges (child pornography charges).  Although each charge carries a potential sentence of 1-15 years in the Utah State Prison, it is very rare that a person will get a prison sentence on a first offense.  The state often recommends 210 days in jail.  With ten days of “good time” off every month, the sentence is reduced even further.

If a defendant’s psychosexual examination shows that he is low risk, the prosecutor or judge may reduce that jail sentence even further.  In federal court, you don’t see these type of a favorable sentences.   Whether a child pornography charge gets filed in federal court has to do with several factors.  One, which law enforcement agency investigates the case in the first place determines where the case may be filed.  Two, whether the person has a prior conviction for possessing child pornography is a consideration.  The state will often screen a repeat offense in federal court because of the more severe sentences doled out there.

If you are being investigated for or have been charged with possessing child pornography in Salt Lake City, Provo, Logan, Ogden, Park City or anywhere in the State of Utah, contact me for a free consultation.

Juvenile Court JurisdictionCan an 18-21 year old be adjudicated in juvenile court instead of adult court?  Yes, as long as that 18-21 year old committed an offense while sh read more
Child Sex Abuse Charges Often Arise In Context Of DivorceMany men going through a divorce who are involved in a hotly contested custody dispute find themselves facing serious charges of aggravated sex abuse read more
Modifications to the Sex Offender Registration: What You Need to KnowIt is imperative that individuals, who have been convicted of a sex offense or another crime that requires him or her to register as a sex offender, read more